3 Reasons Why Video Evidence is Being Analyzed Inaccurately 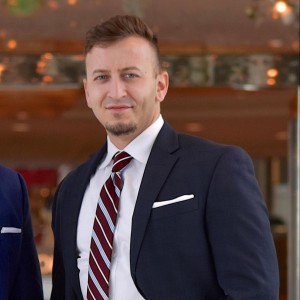 How Do We See Video Evidence as a Weapon?

Video evidence is a digital representation of encoded light signals captured by a video camera. Captured and stored data is video evidence later presented in the courtroom. On the other hand, humans process video evidence quite differently. We gather light data without encoding it. We choose our focus based on the circumstances around us.

While the authorities have the legal right to acquire video evidence, concerned citizens may provide it voluntarily. Citizens even have the ability to post video evidence and stream it live to social networks. This includes Facebook, Instagram, and Twitter. As a result of the amount of evidence flooding our feeds, it is impossible to ignore.

Combined with the biased intentions I outline further below, the ability to capture and publish video evidence frequently finds these videos being used as a weapon inside and outside of the courtroom. Follow along to explore two ways in which we now see video evidence as a weapon.

Video Evidence as a Weapon #1: Bias

Bias Awareness as a Lay Person

Opposing counsel and the general public frequently take the position of “the video speaks for itself” or “you can clearly see what the officer did here.” However, as video recording technology advances and emotions continue in a heightened state, bias develops and subject reasoning controls an investigation.

This is why an investigator must receive proper training to review video recordings. A forensic video analyst has the training and tools to dig deeper into a video recording’s data in order to answer the complicated questions accurately. On the other hand, a lay person will interpret the video for face value; watching and listening to the audio and video signals.

Bias Awareness as a Forensic Analyst

As a forensic video technician and expert witness, I review video recordings every day. These include recordings for the defense and law enforcement in criminal cases, as well as for the plaintiff and defense in civil litigation. The most important part of my job as an investigator is to stay objective as I review recordings that could potentially influence my emotions and, ultimately, my opinions.

The Oxford Dictionary defines bias awareness as; “inclination or prejudice for or against one person or group, especially in a way considered to be unfair.” Bias awareness is the most important part of the investigation process in forensic video analysis.

I am not saying investigators cannot become biased. However, a properly trained investigator has the necessary training and tools which effectively minimize the possibility of bias. One of the best methods to verify an investigator’s analysis and opinions is to submit the report for peer review by a colleague or an outside expert. Peer reviews verify the scientific method used. Below are a few of the major types of bias a forensic analyst can experience without proper training.

“A consequence of cognitive biases is that science is misused, and sometimes even abused, in court.” Biases in Forensic Experts, Science Magazine

We frequently see a type of bias known as anchoring or focalism. This is the tendency to rely too heavily on one piece of information when making decisions or generating opinions. Often in an authentication investigation, a digital signature may indicate that a third party software program interacted with the video file. However, that doesn’t provide sufficient support that the digital video file has been edited. In fact, it’s possible that a third party software programmed opened the digital video file. This results in mishandling of evidence, not editing. Thus, the first piece of information in an authentication investigation is unreliable in arriving at a conclusion. The investigation requires further testing. Therefore, that information affects subsequent observations (LEVA Level 4 Training 2019).

“We define motivational biases as those in which judgments are influenced by the desirability or undesirability of events, consequences, outcomes, or choices.” Bias in Decision and Risk Analysis

Motivational bias is mostly conscious decision making. Our subjective reasoning convinces our mind to think and react based on our own agenda. This also includes desiring or expecting a certain outcome in litigation. One of the most common motivational biases in experts is desiring or expecting a certain outcome of the forensic investigation in order to please one side of the litigation process or the client. This could even include a reward based on the work provided.

Video Evidence as a Weapon #2: Criminal Investigation vs. Systematic Injustice

I recently participated in training provided by one of the leading companies in video analysis software for law enforcement, InputAce. Throughout the week, we studied various video recordings involving excessive use of force that have surfaced on social media and made national news. Although event circumstances varied, the contention stayed the same. This leads into the second way in which citizens have the ability to use video evidence as a weapon.

Lack of training, bias, and subjective reasoning frequently transform cases from a criminal investigation into systematic injustice. Examples of such cases include George Floyd, Laquan McDonald, and Trayvon Martin. In other words, the general public and the media became investigators without the necessary training experience or qualifications.

More than 800,000 law enforcement officers were on duty in 2019. And an estimated 10 African American deaths were a reported result of excessive use of force. Although there is evidence of systematic injustice in our judicial system as a whole, this leaves little room for objective reasoning in a criminal investigation when isolated and magnified by the media. This is easily discernible when we examine the video evidence from the George Floyd case in Minneapolis, Minnesota.

The focal point of the public’s investigation was a 0:10 minute clip that surfaced immediately after the incident. Next, a second 7:53 minute video surfaced. This second video included a look into the arresting officer’s use of force on Mr. Floyd’s neck. At this point, we do not see the additional events produced from the CCTV video surveillance system recorded at the intersection of the traffic stop and arrest. Video events captured by the various CCTV surveillance systems have since been released as a video of a video. In other words, we lack the original video evidence to interpret crucial facts. Such facts include the speed of the officers while using force, clarity of the events for enhancement, or the authentication of date and time.

When assembled in a linear fashion, we see there were video events missing between Mr. Floyd’s emergence from the police car and when a concerned citizen began recording on a mobile device. This time gap is significant in understanding what took place throughout the course of the criminal investigation. A subsequent subjective statement is that the video events clearly indicate that the force applied to Mr. Floyd’s neck was the cause of death. And therefore, this is evidence of murder. However, it is impossible to interpret the amount of force used or the position of the officers through the video evidence. The force applied to Mr. Floyd’s neck has no numerical value of intensity.

A quote provide provided by a judge sums up another important point. A law enforcement officer has seconds to make a decision in a life-threatening situation. Whereas investigators can have days, weeks, and potentially months to review video events. A judge summarizes this notion in the quote from Horton v Pbjecky below:

Although there are additional areas of the investigation that require our attention, we simply do not have the resources to explore them all. However, the conclusion remains. The video evidence available from George Floyd’s investigation is insufficient to form opinions on. There is more information than meets the eye throughout the evidence.

In a recent interview with The Associated Press, I discussed how body camera footage from George Floyd’s arresting officers could shape the future of the investigation. Read the article in its entirety by following this link.

In order to combat the creation and use of an inaccurate video witness in the courtroom, Primeau Forensics and Chalogianis Consulting LLC have created two educational blog posts. These posts equip concerned citizens with the most effective methodology for recording law enforcement. Visit videoforensicexpert.com to explore “Your Legal Right to Video Record Police” and “5 Techniques for Video Recording Police“.

For more information on video evidence as a weapon or how to safely and legally video record police, contact the experts at Primeau Forensics.